Some centuries later, in 1904, Prince Albert 1st and the Bishop of Monaco appointed Monseigneur Perruchot, a renowned musician, with the assignment of organizing a choral group. The choir rapidly grew famous and prospered within the beautiful Cathedral arected on the Promontory and consacrated in 1886.

Canon Aurat took up the task from Monseigneur Perruchot until 1945, and with his obstinate efforts he succeeded in keeping the Choir alive during the dark years of the Second World War.

In 1946, the choir, saddened by the sudden death of their Master Canon Aurat, was entrusted to the Chapel Master of Montpellier Cathedral: Father Henri Carol, organist and composer. For over a quarter of a century he would enliven the destiny of the Monegasque choir.

In 1973, the Government summoned Philippe Debat. Under his direction a new talent blossomed within the Choir: it asserted itself in a mission to spread to all countries the music of the Principality. This mission was specifi cally assigned to the children’s voices alone and this youthful choir was christened in 1974 “The Monaco Boys Choir” by H.S.H. Prince Rainier III.

Following the death of Philippe Debat in 1999, the Government appointed his son and assistant Pierre Debat as Director of the choir of Monaco. 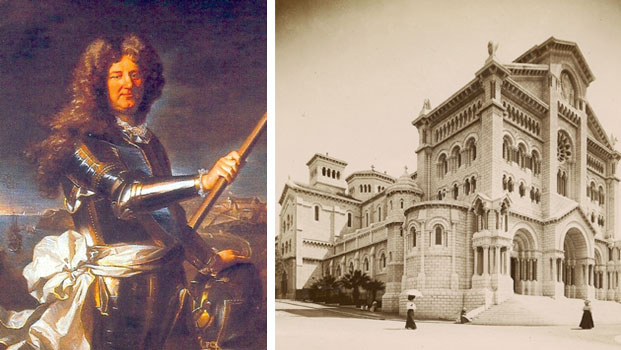 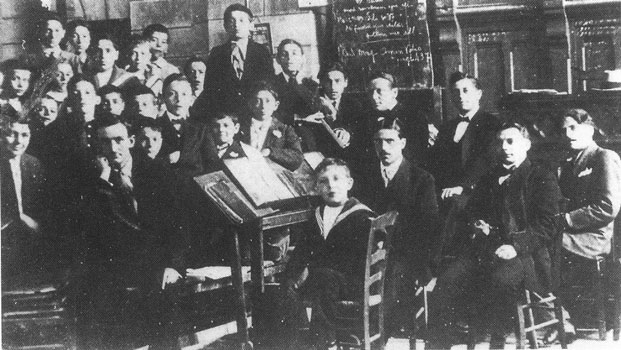 1914 : Mgr Perruchot and the Choir of the Monaco Cathedral”.

The choir have also been associated with some performances of the Monte-Carlo Opera and the Monte-Carlo Philharmonic Orchestra: “La Bohème” and “Tosca” of Puccini, “Der Rosenkavalier” of Strauss, “Orfeo ed Euridice” of Gluck, “Pelléas et Mélisande” of Debussy, “Carmen” of Bizet, “Nut-cracker” of Tchaïkovsky, “Werther” of Massenet”, “La Damnation de Faust” of Berlioz... and they took part to the first ever recording in French of Georges Enesco’s opera “Oedipe”, with the Philharmonic Orchestra of Monte-Carlo conducted by Lawrence Foster, accompanying José Van Dam, Gabriel Bacquier, Nicolai Gedda, Barbara Hendricks, Brigitte Fassbaender for EMI (First Disc Prize). They also sang in the Principality with Ruggero Raimondi, Katia Ricciarelli, Leo Nucci, Lucia Valentini- Terrani.

In 1997, as part of the closing celebrations ceremonies of the 700 years of the Grimaldi Dynasty, the choir took part to the “Christmas Concert” held in the Vatican and broadcasted in Worldvision, performed together with the Monte-Carlo Philharmonic Orchestra and numerous international artists.

Boys gave a concert together with the Moroccan Philharmonic Orchestra, in Morocco as part of the “Festival of World Sacred Musics”, hosted in Fez. They also performed at UNESCO XXXth General Conference held in Paris, and in prestigious venues such as the United Nations Headquarters and “Yankee Stadium” in New-York, but also the “Kennedy Center” in Washington, “Kravis Center” in Palm Beach, the Opera of Shanghaï, the “Teatro Opera” of Buenos Aires, the “Seoul Arts Center”, the “Irving Arts Center” of Dallas, the “Teatro de la Ciudad” in Mexico, the “Tchang Kaï-Check Concert Hall” in Taïpei, the “Conservatoire Tchaïkovsky” of Moscow, and many others.

All tours are generally organized by the Concerts Agencies. Abroad, the Choir is placed under the patronage of H.S.H. the Prince of Monaco and sponsored by the Prince’s Government. Contacts with hosting countries are initiated via the Foreign Office and the Principality’s Diplomatic and Consular offices. The Little Singers are officialy introduced directly through the high intercession of H.E. the Ministry of State of the Principality. It is therefore an official activity, fully endorsed and supported by the Monegasque State.

The musical direction and piano accompaniment are ensured by Pierre Debat, Chapel Master of Prince Palace and Cathedral of Monaco, Director of Monaco Boys Choir.